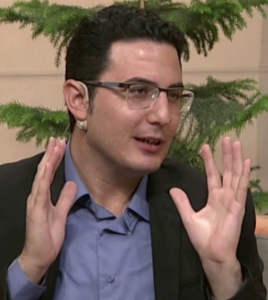 Ameer Fakhouri it is the co-leader of the “Shared Nationalism” group at the Van Leer Jerusalem Institute and the head of the School for Peace Research Center at Wahat al-Salam-Neve Shalom.

In this article I will argue that the typical liberal interpretation of the constitutional term “Jewish and democratic,” which is committed to equal distribution of the state’s material resources, is an internal contradiction that does not allow such equality. A common example of the liberal interpretation of the term “Jewish and democratic” can be found in the words of the (ret.) Chief Justice Prof. Aaron Barak: “Once a person is in their national home they are entitled to equality, whatever their religion and whatever their nationality.” This is a declared commitment to material equality, such as in the allocation of government funds, the division of land, and equal opportunities. Equality, according to this typical interpretation, does not refer to the distribution of the symbolic state resources (awareness resources), because those are almost exclusively Hebrew, Jewish, and Zionist.

The contradiction is niether deterministic nor logical. Nor is it necessarily deliberate. Therefore, the contradiction is not inherent to the reality of the structure, but to the structure of reality. The reality of the structure is the way the constitutional text is mediated to its stakeholders through the expert, authorized, or public interpreter of the text, and the interpretation is limited within the repertory of possibilities the text allows literally. The structure of reality, on the other hand, is the way the ordinary subject in the field understands the “institutional broadcast” emanating from the text, receives it, and translates it into action. Under the influence of numerous and complicated sociological and political mechanisms, including the expert’s interpretation, when enough actions accumulate below, they float up and inject meaning into the constitutional text. Such actions appear on the micro level, such as the decision of whom to befriend, with whom to work, and whom to marry, as well as the macro level, such as the choice of political allies in the coalition in a multi-party parliamentary system.

Before I show the contradiction in this interpretation I will make two preliminary assumptions. One is that in order for material equality to be realized there must be a normative commitment to it, but this is a necessary but not sufficient condition; the group that is the object of the equality must be guaranteed the necessary political power to enforce the binding norm. Therefore, equality, or to be more accurate, the realization of equality, is not merely a legal matter but is mainly a matter of political power. Secondly, inequality can result from a defect or structural failure of the legal norms or the institutional structure, but it can also result from interpersonal relations between ordinary people operating according to their understanding within a cultural and political repertory influenced by the institutional-constitutional logic. Therefore, the way people understand the constitutional text constitutes reality, and the two extremes are mediated by socio-political mechanisms.

Based on these two assumptions, I will argue that the constitutional text embodied in the words “Jewish and democratic” is understood by enough Jewish citizens as meaning ownership by their national group of the state. On the macro political level, that understanding is consistently translated by enough Jewish citizens into the exclusion of representatives of the Palestinian-Arab national group of citizens from government. For example, according to the Israel Democracy Institute’s index of Jewish-Arab relations, the rate of Jews willing to accept the participation of Arab parties in government (in the government coalition) in 2003 was 44.3%, in 2012 – 47.4%, in 2013 – 52.8%, in 2017 – 34%, and in 2019 – 50%. Cumulatively, since equality or the enforcement of equality are mainly the business of government, which is to say of political power, exclusion from government blocks equality even according to the material and narrow meaning that is part of the liberal interpretation of “Jewish and democratic.”

If we go back to Barak’s text, the argument is that the first statement, “once a person is in our national home,” generates a sociopolitical process that prevents the realization of the second statement: “they are entitled to equality.” The first statement is a constitutional-institutional broadcast that the state broadcasts through its cultural agents and cultural sites. Regardless of the intentions of the agent or the purpose of the site, the constitutional-institutional broadcast is understood by enough people as Jewish exclusivity over government. The output – the institutional broadcast, and the input – the subject’s understanding, are mediated by the cognition of the non-expert subject, which is by nature limited. The output, the input, and the cognition that mediates between them together comprise the socio-mental scheme that is a product of the encounter (as an analytical moment) between the inner and cognitive idiosyncratic and the external institutional, cultural and political logic. This scheme gives rise to action scenarios in reality on its different levels.

I will illustrate this encounter through an article entitled “Me, racist?” written by Shimon Gapso, the former mayor of Nazareth Illit (today Nof HaGalil). The article was published in response to accusations directed at Gapso who called for maintaining “the Jewish character of the city” and opposed opening an Arab school in the city. He wrote:

Many call me “racist.” Sometimes also “Nazi,” “bully,” and “Hitler”… and what is my sin? What crime did I commit? What was my act of bullying? The clear, unequivocal declaration that Nazareth Illit is a Jewish city. Yes, I am not afraid to say it out loud, to write it and sign my name, to declare in front of the camera, in a live or recorded broadcast: Nazareth Illit is a Jewish city, and it is important that it stay that way. And if I am a “racist,” then I am a proud scion of a glorious line of “racists,” which began with Abraham’s pact with God and the explicit racist promise “Unto thy seed will I give this land…” The racist Herzl wrote “The Jewish State” (and not “the state of all its citizens”), the racist Balfour recommended establishing a national home for the Jewish people, David Ben-Gurion, Haim Arlosoroff, Moshe Sharett and other racists built the Jewish Agency, and the racist U.N. decided to establish a Jewish state; e.g., for the Jews…  The racist Ben-Gurion declared the establishment of a Jewish state in the Land of Israel, and in the War of Independence even acted to bring hundreds of thousands of Jews to the country, and at the same time to expel hundreds of thousands of Arabs who lived in the country – all in order to establish it with the desired racist character. Since then racially-pure kibbutzim were built, without a single Arab member, an army that maintains a certain racial character, parties were established which proudly carry racist names such as “the Jewish Home,” and even our racist national anthem ignores the existence of the Arab minority, namely those Ben-Gurion did not manage to expel in the 1948 war. If it weren’t for all of that “racism,” I doubt we could live here, I doubt we could live at all.

In this text Gapso shares with his readers his subjective understanding of the institutional-constitutional broadcast – the way he understands the constitutional text – and the way he constructs reality on its basis. It openly demonstrates the connection between the input, the output, and the structure of reality. Relocating the focus of the gaze from the reality of the structure to the structure of reality provides a new view and enables us to raise new questions, which might in turn offer new solutions to the material inequality – questions such as how many understandings like Gapso’s are there, how can such understanding be prevented and what it involves, and why are there also different and even opposite understandings alongside those. These questions can open a realm of research and discourse that has the potential for new political applications.

Thus, when the focus of observation is relocated from the reality of the structure to the structure of reality, the question of whether the Jewishness of the state actually blocks civil-material equality becomes a sociopolitical, empirical and phenomenological question concerning the practice of 70 years of Israeliness – a practice comprised of millions of choices by Jewish Israeli citizens (as well as by Arab citizens, but only secondarily) operating within the structure and under its influence over time – as opposed to a question formulated, exclusively or at least dominantly, as a legal, theoretical or ideological question.

The dangers of the hostility dimension of the demand for a Jewish majority /...
Scroll to top