Dr. Nasreen Hadad Haj-Yahya is the Director of the Arab Society program at the
Israel Democracy Institute.

In an essay by Jewish author Jean Améry, “How Much Home Does a Person Need?” which appears in the book “Beyond Guilt and Atonement,” Améry explains that for him money can be a temporary substitute for a homeland, sometimes even to the point where the Latin saying “ubi bene ibi patria” – where there is bread, there is my homeland – can be transformed to say “where there is a dollar there is my homeland” – the money a person carries with him is his homeland. But the text shows clearly that it is a faded and transient substitute, that cannot give the real security that one’s homeland can provide. Indeed, throughout history, and actually to this day, there have been times when Jews enjoyed economic prosperity in the countries where they lived, but that prosperity never gave them the sense of security they feel today in Israel.

With that in mind, it is therefore surprising to discover time and again that Israel thinks that its Arab citizens will give up their desire for the security provided by a homeland for a promise of economic development. In all of those offers there is a covert and overt assumption that heavily-resourced programs heaped on the Arab population, and providing a certain initial solution to the socioeconomic disparity accumulated as a result of decades of discrimination, should ease the sense of alienation. But when the person holding the money (belatedly) in one, outstretched hand, has their other hand balled into a fist threatening to smash the existence and identity of the Arabs of Israel – they cannot take the money and the punch with equanimity. A government that approves unprecedented economic development plans for the Arab sector while at the same time leading a delegitimization campaign on the backs of its “beneficiaries” can never establish a political alliance and gain the trust of the Arab public.

As part of the soon-ending Decision No. 922, “Economic Development Plan for Arab Society in Israel for the Years 2016-2020,” the Arab public enjoyed, or at least was supposed to enjoy, an unprecedented budget of ILS 15 billion for social and economic development. Yet, the same government that made that resolution promoted the legislation of the Nation Law, not by broad agreement, as should be the case when passing basic laws that comprise the constitutional mosaic, but heavy-handedly, while completely ignoring the collective aspirations of the Arab public. It did so without mentioning in the law the Arab public who shares the same homeland, and purposely insisted on omitting from it the element of equality and demoting the status of the Arabic language from “official” to “special.” At the end of the legislation process – a long and painful stage in its own right – the government found itself with only half the job done, after failing in its attempt to expand the Admissions Committees Law, and remaining “only” with anchoring the national value of “developing Jewish settlement” in Article 7 of that basic law. The government also increased the culture budget for the Arab public, while simultaneously escalating the discourse of stipulating the budgeting and subsidy of cultural institutions not on artistic criteria but on consistency with the worldview of the culture minister at the time, Miri Regev, and the political pressures applied to her by right-wing elements. The same government that transferred money for the basic living in dignity of the Arab population in Israel, turned that same population over three election cycles into an existential threat.

Already in the first years of Israel, after it was clear that the attempt to push out the Arabs that remained within its boundaries at the end of the war would not succeed, repeated efforts were made to reach a sort of unwritten deal with the Arab population of Israel. Because of its disconnected and patronizing character, which resembles a current initiative to resolve the conflict, we can call it here, under the inspiration of Donald Trump, “the deal of the previous century.” As part of the “deal,” it was proposed that Israel would allocate resources to improving the individual rights, the economic development, and the civil equality of the Arabs. The Arab communities would flourish and thrive, the education system (under the tight supervision of the Israeli intelligence services) would educate to “Israeliness,” would not allow “radical national voices,” and pave the way of the young men and women, who would be denoted as the “educated Arabs,” to academe and the labor market. Health services would provide for the needs of the population, and in general there would be full equality between Jews and Arabs on the civil level. In exchange for all these good things, the Arab population must let go of its Palestinian identity.

The transaction did not succeed for several reasons. One is that the state did not keep its side of the contract it wrote, and distributed the public goods mainly to the Jewish public. Thereby it failed at the economic development of the Arab population and created astounding economic disparities between Jews and Arabs. The second reason is an ongoing failure, that continues to this day, to guarantee civil equality. The third reason the transaction failed is that even if the state had fulfilled its part of the deal, the vast majority of the Arab public was not willing in the first place to ignore and renounce its Palestinian identity for any wealth in the world. Although it did adopt affiliation and other components to its identity, and like in the words of Nazih Kheir sometimes found itself going to sleep with its Israeli affiliation and waking up with its Palestinian sadness, it still did not abandon its deep and primordial attachment to its mother language, its childhood landscape, and the collective memory it carries with it.  Nor did it lose the solidarity with its brothers and sisters living under military rule and denied rights. Why have many of the Arab citizens of Israel remained Palestinian? To this there are none better than the words of the Zionist ideologue Ahad Ha’am: “Ask the fire why it burns. Ask the sun why it shines. Ask the tree why it grows. Now ask the Jew why he is a Jew. He can be nothing but what he is.” Neither can we, Palestinians, abandon the important components that shape us, we cannot uproot them from our hearts. As long as the economic development of the Arab population remains stipulated on the demand or insistence that it give up one of the affiliation components of most of the Arabs in Israel – Palestinianness – it is bound to fail.

On the secularization of religion and Jewish identity in “Jewish and democratic”... 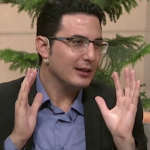 Demos Judaism in Israeli citizenship: the structure of reality instead of the...
Scroll to top